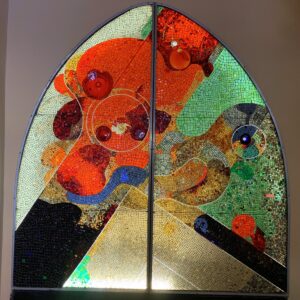 Have you ever had a big decision to make? How did you go about it?

At some point did you make a list of pros and cons, or some other logical analysis, that tipped you towards the answer the numbers pointed to?

In my recent study of embodied leadership, I’m discovering—or maybe am now consciously aware—that cognitive smarts (our rational thinking) is only one piece of our intelligence. It is, however, the one we almost exclusively listen to.

A while back, I was contacted about a job. It was a great position for me, in my wheelhouse, in an environment I was familiar with, a chance to be part of designing a new future, high status, good benefits, working with people I knew and trusted. It was quite the opportunity.

Even now I recall that moment of decision like it was yesterday. I needed space to think so I went out to eat alone at a favorite restaurant. i recall where I was sitting and what I was wearing (Skirt with the blue circles, blue tank top with sequined neckline, and blue sweater, black dress sandals). In front of me was a notebook filled with the pros and cons of making this career switch. At the time I was just a few years into running my own business, with the overwhelm and ups and downs that many business owners go through at the start. Multiple pros and cons lists. Weighted factor charts. By the end of dinner, I looked at pages of analysis and everything pointed to “take the job.”

It was a fitful sleep that night and a subtle unease the next morning. I put off announcing my decision. I went about work as usual yet feeling like I was operating in a fog. I didn’t know what to make of all this. I went over the reasoning again. Yep, it was all there. The analysis was clear; taking the job was clearly the best option.

Finally, I could delay my answer no longer. I passed on the job. My mind started in on there must be something wrong with me that I could not commit to this obviously good opportunity. Despite all the rosy figures, deep down I had to admit I was not feeling it.

There had been no space on my weighted analysis chart for what my other ‘smarts’ were screaming at me to hear. No place to record the sensations that arose, the emotions I was feeling, the mood that came over me, the subtle movement of the cells in my body towards or away.

I now know that there is more than cognitive thinking that make us smart. If I had known then what I know now, I would have picked up on my sensations around this decision, what emotions it was bringing up, and how my body unconsciously responded to that possibility (moving towards or away). Rather than ignore it to the preference of logical thinking, I would have been curious about the dissonance between what I was feeling and the decision my thinking self had produced. Now I give those other parts of my intelligence an equal role to play in framing decisions.

In the end, I did finally recognize that my heart was not moving towards this opportunity. It would have meant putting aside something that was deeply important to me now, creating my own business. I would have saved myself a lot of angst if I had given equal voice to all  my smarts and not just my thinking smarts.

Our brain and our body have so much to tell us, beyond logic and reasoning, if we learn to notice and listen. Our body responds to inputs faster than our brain can calculate an answer. Noticing the sensations, emotions, and our movements and position are three sources of intelligence that make us smarter than what we think we ‘know.’

Have you ever had a decision that looked right yet didn’t feel right?

What ‘smarts’ did you listen to?

If you are curious about expanding your capacity to leverage all your ‘smarts’ — cognitive, sensations, emotions, moods, movement — I’d love to chat with you and share some of what I’ve learned that has made such a difference in my life! 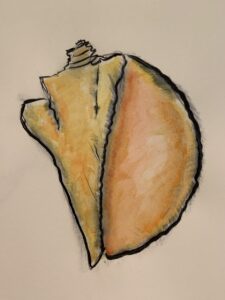 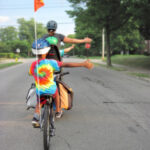 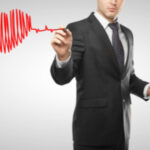 “I Feel Your Pain…” -– the role of Empathy in Leadership 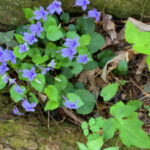